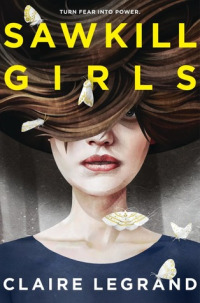 Synopsis*: Who are the Sawkill Girls?
Marion: the new girl. Awkward and plain, steady and dependable. Weighed down by tragedy and hungry for love she’s sure she’ll never find.
Zoey: the pariah. Luckless and lonely, hurting but hiding it. Aching with grief and dreaming of vanished girls. Maybe she’s broken—or maybe everyone else is.
Val: the queen bee. Gorgeous and privileged, ruthless and regal. Words like silk and eyes like knives, a heart made of secrets and a mouth full of lies.
Their stories come together on the island of Sawkill Rock, where gleaming horses graze in rolling pastures and cold waves crash against black cliffs. Where kids whisper the legend of an insidious monster at parties and around campfires.
Where girls have been disappearing for decades, stolen away by a ravenous evil no one has dared to fight… until now.

🍃  Grey Reads // Racism Exists, What Are You Doing to Stop It? – Anger Is a Gift

Sawkill Girls is a narrative of trauma, abuse, grief and everything in between.

Sawkill Girls is about compacted generational trauma and grief and the power of girls coming together to fight the monsters of the world, even when those monsters are human men.

Sawkill Rock is an island, mostly inhabited by society’s elite, that holds a dark secret. Its girls are going missing and after each one disappears and the people grieve for the appropriate amount of time, and then they’re forgotten.

But Zoey can’t forget. And Marion is seeing things. And Val is trying her best to keep either girl from discovering her family’s secret.

“Marion, don’t go over there,” said Val, her voice strained. “Please, it’s not safe.”
Zoey, sharply: “How would you know? Val, who is this?”
“She’s right,” giggled the little boy. The plump child’s fist returned, caressing her mother’s pant leg. “I’m not safe.”

This book was so atmospheric, it transplants you right on Sawkill Rock.

And I think the reason it is so effective with this is because it’s told through alternating perspectives.

The book flits between Marion, Zoey and Val, but it also goes one step further by also showing The Rock’s perspective.

“It’s like a cry,” Marion whispered, ignoring Zoey. “My bones are crying. Or, not only my bones. My bones, and someone else’s, too.”
“Crying like . . . weeping?”
“Crying like screaming.”

But moreover, Legrand’s writing style is so beautifully fluid like water, easing you into the setting and before you know it, you’re drowning.

But also, it’s brutally sharp like barbed wire, wrapping it around you when she wants you to pay attention and really listen to what she’s saying.

Theirs was not a world that was often kind to women. And if Deirdre had decided to sell her soul for a bit of comfort, an illusion of safety, power she had long been denied?
Well, thought Val mutinously, maybe that’s the world’s fault.
Maybe these monsters are what they deserve.

This book is a supernatural horror but Legrand just uses those genres as tools to tell a deeper story.

A story of the power of girls and what they can accomplish when they come together to rid the world of evil.

A story of how the world too often paints us as the evil ones for doing nothing more than living our lives the way we choose.

A story of how society pits us against each other because it is terrified of the power we can hold when we realise our biggest enemy is society itself and we finally come together to break it.

And the creep factor? Honestly, that’s the one guarantee to get me sucked into a story, make it as creepy as fucking possible because every woman has experienced that feeling of being creeped out by something or someone, of feeling trapped and suffocated by it.

🔖 If you would like a free phone wallpaper created by yours truly, stay till the end of this post where you’ll find a link to download TWO!

“I wouldn’t be the girl I am without you.”
“You won’t be a girl for much longer,” came his low voice.

And honestly, nothing can represent that more than Val’s relationship with the Collector. The symbolism of The Collector grooming Val her whole life to do his bidding mirroring the way paedophiles groom children??? Literary genius.

The entire time I read their relationship on the page I wanted to scream and call 000. It was so realistic that I would warn anyone who is a survivor of paedophilia to at the very least be cautious going into this book. Every interaction Val had with The Collector made me want to crawl out of my own skin.

Slaying the beast was a task the Rock could not complete alone.
The Rock felt its daughters’ feet beat angry paths into its ravaged flesh, and sent out its call, and waited for them to wake up.

But make no mistake, the stars of this story are the girls. Everything else is just the building blocks that craft each girl into the glorious unstoppable wonder that they are.

“I think the accident might have shaken loose something inside of me. Something important.”

Marion is my favourite fat bisexual suicidal martyr and I love her.

She’s the baby of the family and yet she’s the one trying to keep it together. She’s doing her damn best to keep her mother present and is holding onto her sister for dear life but she’s drowning in her own grief of losing her father.

And then on top of all that the family rock up to Sawkill Rock and Marion starts seeing and hearing and shit and my poor baby. The girl has been. through. it.

And yet Marion will always, always do anything for the ones she loves.

Zoey does not cry.

She’s lost her best friend and no one seems to fucking give a shit. She digs to get answers and discovers that girls have been disappearing for decades. She’s ready to make someone pay and all signs point to Val Mortimer.

Zoey’s so angry and the best thing about this book is that she’s given the space to be, without judgement.

She glimpsed her own tear-streaked, bloody-lipped face in the mirror against the far wall, and felt so utterly, blazingly sorry for that poor girl, so desperate to protect her, that her body spasmed, as if she’d stepped out of frigid darkness into a scorching desert at midday.

My dark queer queen born from blood and gore.

Val is by far the best character study I have ever seen. Move over Neil Josten and Andrew Minyard, Val has my whole ass heart now.

Honestly, this book would not be the same without her and I cry every time I think about the absolute hell this girl has gone through.

She’s been brought up by a mother who should never have been one, into a family enslaved by a monster, and groomed to serve him in any way he desires.

She is no stranger to murder and yet this book will have you vying to protect her with your life by the end.

She is both pain and growth personified. 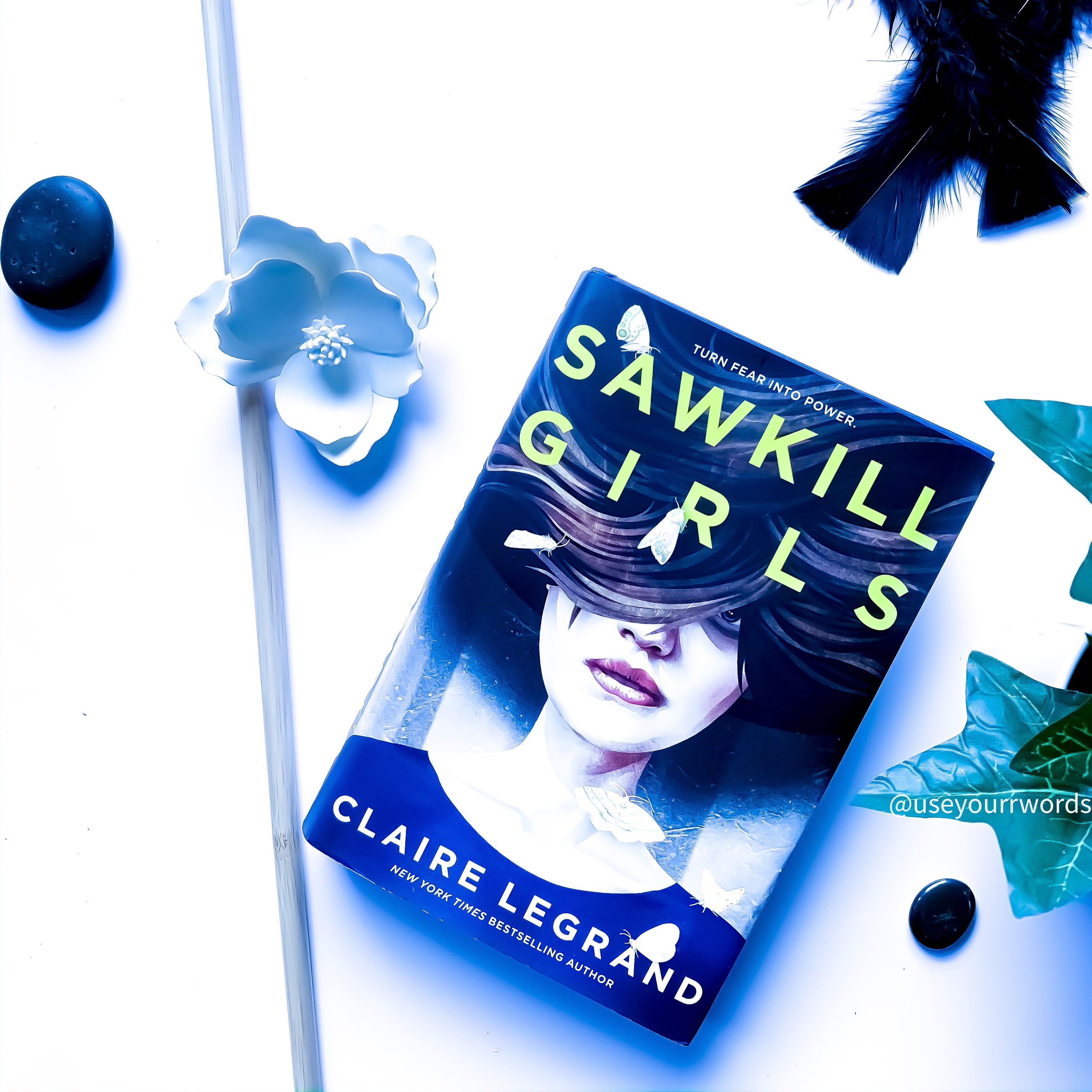 The book says he can’t be killed—”
“Screw that book,” said Val. “It was written by men.” She held out her free hand to Marion. “We’re rewriting it.”

All of the relationships between our three girls are so complex and nuanced and vulnerable I can’t even describe them better than that.

And I would like to note, I have never shipped anyone as hard as I shipped Marion and Val and that is my ultimate OTP.

“What I’m saying,” Marion said, now looking right at Zoey, her gray eyes bright, “is that girls hunger. And we’re taught, from the moment our brains can take it, that there isn’t enough food for us all.”

I’m just so thankful this book exists and that, at the time of writing this review, it is in the mail, on it’s way to my doorstep and I’ll finally have a copy to force into the hands of every girl and woman I know.

It’s taken me months to be in the right frame of mind to write this review and I still don’t think I’ve been able to do this book justice.

She hocked up mucus and spat it in Briggs’s face.
“I don’t like cults,” she said, and fainted.

🍃 Bad Romance, contemporary fiction: Bad Romance is the story of Grace’s journey from one abusive situation to another and how she got the fuck out.

🍃 Sadie, contemporary fiction: This story follows two people. The most important person is Sadie. 19 years old and on the hunt for the man who she knows killed her little sister.

What a deeply emotional read!

🔖 If you would like a FREE Phone Wallpaper that I created with quotes from this book you can find two here.

What character has your whole heart?
Have you read Sawkill Girls?

14 thoughts on “Grey Reads // Trauma, Abuse, Grief & Everything in Between – Sawkill Girls”