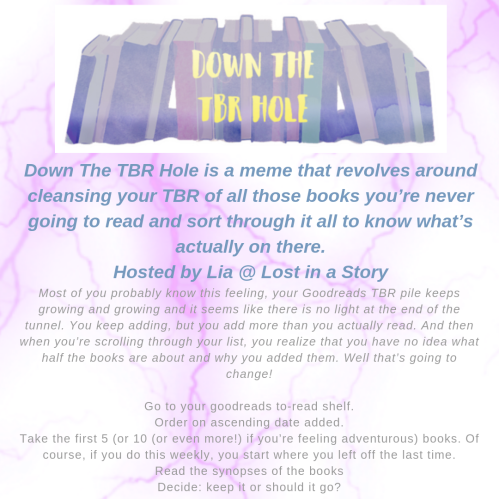 I have a headache so here’s a gif as an introduction.

If you would like to buy any of the following books please consider using my Book Depository Affiliate link! 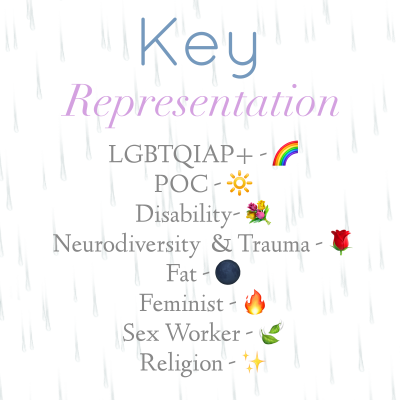 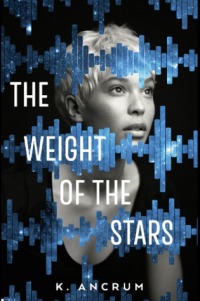 Love is not about holding people where you want them. It is about doing what’s best for them because you need them to be okay.

Once again, this book was added because of the review Elise @ The Bookish Actress posted.

Mostly she got me with the Gays In Space meme.

“That’s what people are. Just all different pieces.”

This book was added because of Elise’s review.

This is another one I’m going to skip.

I watched quite a few of Danez’s poetry readings on the Button Poetry Facebook page and I love them.

Know yourself and go in swinging.

The title of this sounds like a One Direction fanfic.

Every body loves this and I feel like I should read it but also I don’t care??? 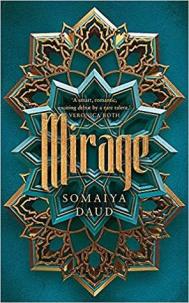 You do not kneel or bend, I told myself. To anyone. You continue.

I mean Elise had me at ‘a fantastic lady lead and her complex relationship with a fantastic lady antivillain’. Everything else sounds amazing but that one line is catered to my exact tastes so here we are, months after I originally made my decisions for this post and have since bought the book so I’m excited!

Once upon a time, we were burned to the ground. But we did not die. Instead we kept burning, kept moving, kept growing. The smoke surrounds us, even if we no longer burn.

But I just don’t really care about reading this one anymore.

This is how we reveal ourselves: these tiny flashes of discomfort, the reactions we can’t hide.

I lot of people love this book but after reading the review Emma @ Emma Reads Too Much posted I’ve good skipping it.

Love’s more than holding hands and going to dances. It’s two people who struggle to live, even when they should maybe both be dead. When one of them would be better off dead.

Honestly what Huthcinson book haven’t I added at this point??? 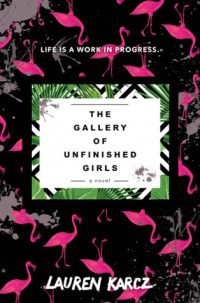 red is the colour of blood, of apples, of the T-shirt I bought on our last, worst all-Moreno family vacation .. red is flame and fury. red is thin and shallow and covers everything. red loves you back

Never underestimate the girls of this world.

But I just don’t feel any kind of urgency to pick this one up?

The movie was coming up so I thought I’d read the book. I didn’t end up watching the film but I think I might get around to it and miss the book instead. 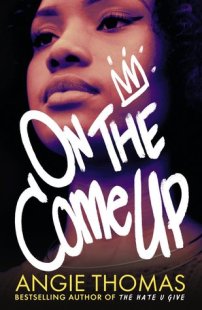 “But it’s kinda like saying one side of the Death Star is safer than the other. It’s still the goddamn Death Star.”

It’s the author of the Hate U Give!

I bought this recently, actually and so it’s sitting next to my still unread copy of THUG on my shelf.

I wanted to be a part of the magic, create it and wield it with such skill that it looked effortless. I wanted to fly.

I really Liked Lam’s False Hearts but I’ve lost interest in this.

Look, you had me at foxes.

But seeing as the only person from my friends list who has reviewed this book said they were kinda bored reading it, I think I’ll give it a miss.

Rett and Bryn hide in a cold, dark room. Safe from what’s outside.
But they’re not alone.

This time I think I’m good missing out. 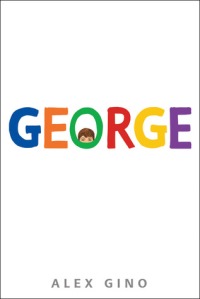 George stopped. It was such a short, little question, but she couldn’t make her mouth form the sounds.
Mom, what if I’m a girl?

I think people can be so crushed, so broken, that they’ll never be anything more than a fragment of a whole person.

That was the American way, though. Spend a million dollars rescuing some kid who’s fallen down a well, but God forbid you spend a hundred bucks up front to cap the well so the kid never falls down it in the first place.

We were all fighting one another for a window out of hell. Me against my sisters. It had to stop.

But that’s not enough to keep it on my TBR. 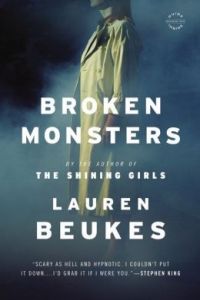 Everyone lives three versions of themselves; a public life, a private life and a secret life.

Something about the way she moves through the world does not lend itself to the care of fragile objects.

I have no idea, maybe because Krystin rated it highly? But she doesn’t have a review posted so I don’t know.

You were the sun, and I was crashing into you.

I’m good going without supporting this author, I’ve gone this far without reading one of her books so I think I’ll stick with that.

Down The TBR Hole 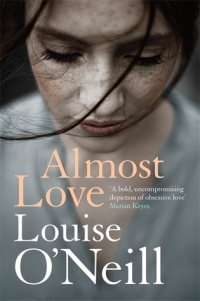 Love was holding your breath until they texted you. Love was waiting for them to decide that you’re good enough.

I was going to get rid of this but ended up buying it from a thrift store so oop.

Prejudice begets prejudice, you see. Knowledge does not always evolve into wisdom.

I listened to the authors ep on the 88 Cups of Tea Podcast but I’ve lost interest.

My co-worker told me to read it.

Bitches bite back. And men hate that. Society hates that.

I want a whole bookcase dedicated to Feminist YA in my home. but I think I’m good skipping this one. 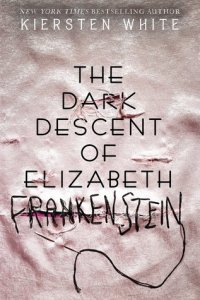 I sought to puncture Heaven and instead discovered Hell.

Words. What a tricky, tangled science.

A 1920s Much Ado About Nothing retelling set in prohibition era.

What we had might not be forever, but it was now, and it was everything I needed. 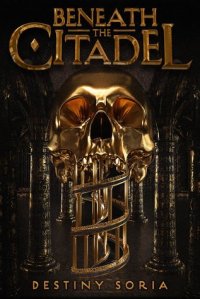 No one wanted to believe their mistakes were preventable. If your future was foretold, then you weren’t accountable for it.

Never let the streets know when you’re upset. Don’t let any strangers see you cry. Hold your head up and look as if you’re ready to destroy the world if you have to.

That cover is so gorgeous!!! But I’ve lost interest.

Just sit back and believe, it’s so much more fun that way!

My cousin got me into K-Pop so maybe this will get me into K-Dramas???

But I think I’m good without it.

When we hurt people just to punish them, Luanne used to say, we create a darkness that will live on long after our reasons for giving birth to it have faded.

The synopsis got me: Charlotte Rowe spent the first seven years of her life in the hands of the only parents she knew—a pair of serial killers who murdered her mother. 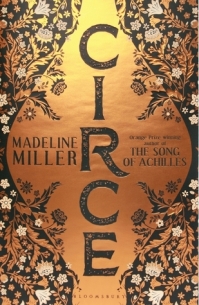 When I was born, the name for what I was did not exist.

I recently bought this one!

Sometimes you were better off not knowing, rather than finding yourself literally in the dark.

She was a pistol wrapped up in silk. She was a blade disguised as a girl.

Another one added because of Elise’s review. 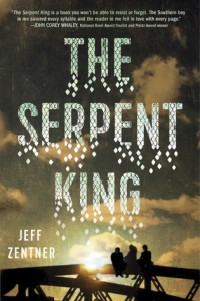 Nothing makes you feel more naked than someone identifying a desire you never knew you possessed.

This one I added because of the review Cait @ Paperfury posted.

I didn’t want to tell you this originally, but coming out isn’t a one-time thing. It happens over and over.

Added because of Elise’s review but I’ve lost interest. 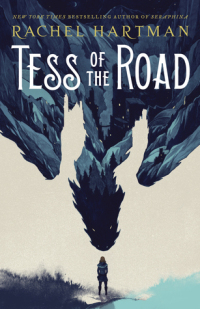 She still held sorrows, but she was not made of them. Her life was not a tragedy. It was a history, and it was hers.

Added because of Emily’s review.

when a girl pronounces her own name
there is glory

when a woman tells her own life story
she lives forever

Love me some feminist non-fic. 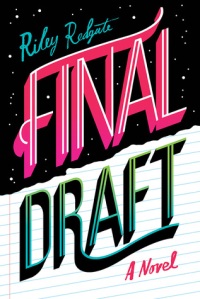 I promise you, two dozen words were not the difference between mediocrity and excellence. Make a habit of burning something to ash before expecting a rebirth.

I’m into all this rep!

Suffering from a chronic illness doesn’t mean you can’t live an active, engaged life. This book will show you how.

Added because of the review Dani @ Touch My Spine Book Reviews posted and I have a chronic illness.

Love makes us such fools.

Added because of Elise’s review but I’ll give it a miss.

An almost even split!

I did change my mind a couple of times from what I had initially decided so that helped a bit.

Are any of these books on your TBR?
How do you organise your shelves?